Behind the Story: Another Now - Herdmark Media

Behind the Story: Another Now

"You can't depend on your eyes when your imagination is out of focus."

A collection of observations from our travels, behind-the-scenes stories from our photo and video shoots and thoughts on improving marketing and communications for the agriculture industry.

Mid-summer, I received a text from Jesse Heimer. We had already produced three videos for Heimer Hampshires and a fourth was in the wings. Jesse's text included a photo of the dashboard of his truck displaying some Mark Chesnutt album artwork. The song playing was titled "There Won't be Another Now."

How simple and how true.  While my brainstorms were still leading me other directions for our next film, I knew the theme was going to be a lock when I got a second text from Jesse a few days later. This time, it was a picture of Jesse and Mark Chesnutt taken at the local county fair. 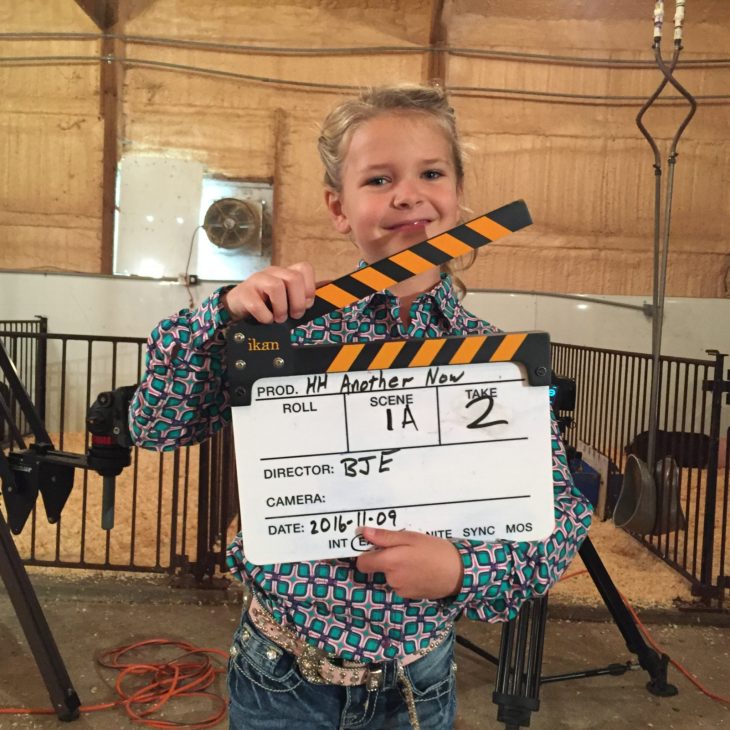 At that point, we went all in on Another Now. We talked about how quickly 10 years in 4-H can pass. We discussed how important the role of the moms, dads, grandparents, aunts, uncles and advisors are to the success of a 4-H project.  We discussed how easy it is to get into the hustle and bustle of everyday life, how often we move from chores to work to "Oh my! Is it really 10 p.m.?" and how seldom we take the time to cherish the moment we're living and appreciate what we've been given.

We discussed how seldom we take time to cherish the moment we're living and appreciate what we've been given.

We felt like our first three films had all captured how the kids are involved and impacted by the project, but we knew we hadn't fully realized the extent to which families and mentors are involved in creating successful projects. After working through this point of fact, we determined the main character of Another Now should be a parent, watching their children take part in the process and embracing the moments they find to be meaningful.

...the main character of Another Now should be a parent... embracing the moments they find to be meaningful.

Writing the script for Another Now was a challenge all it's own.  At first, I tried to write scripts that would require no line delivery from the family. They all seemed too lofty and disconnected from the visuals we could easily capture in a show pig barn. We needed to capture the essence of the inspiration, but it really needed to fit the family we would use for the shoot. Script writing went on hold until the family was determined. 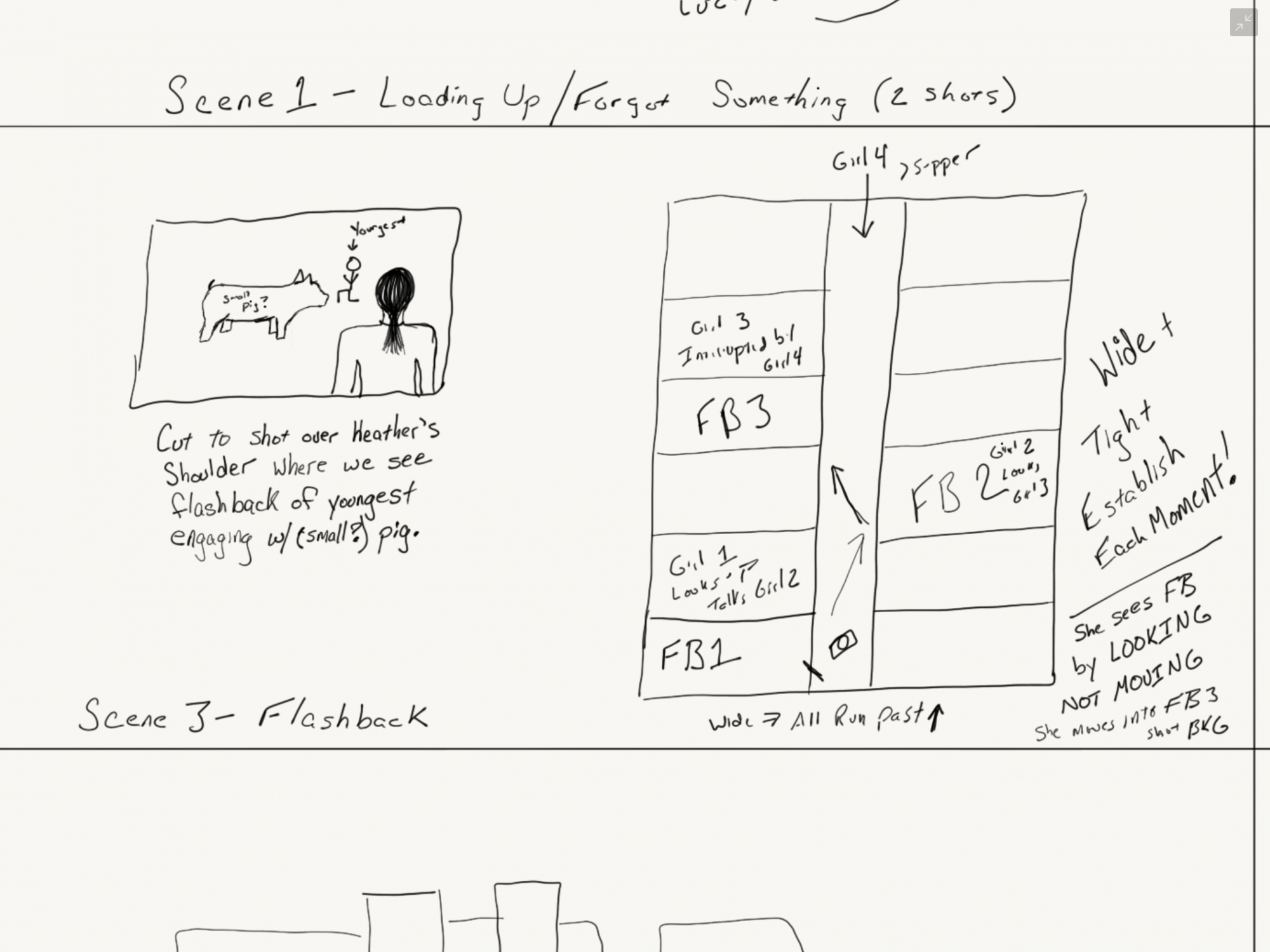 When the Jackson family agreed to take part in the video, Marlene setup a phone call with Heather, the mother of the family and eventual leading lady. We quickly realized her four daughters had quite a bit of charisma. We quickly elected to abandon the voice in the sky and write a script that would ensure each of the family members had a role, and a line, in the film. We then worked with Heather to identify some real-life memories we could work into the film, which helped us build the foundation for the script.

Josh Vanderzyden, our video specialist, deserves a lot of the credit for the way the visuals of this project came together. I had big ideas for the fade-in shots and how we would make the memories come to life in front of Heather as she looked around the barn. Josh and I worked together extensively to determine how we would transition from one shot to the next and how each of the fade-in shots would work in post production to ensure we had everything right in camera for the edit. He really helped me temper my big ideas into something amazing that we could produce on time and within budget.

He really helped me temper my big ideas into something amazing that we could produce on time and on budget. 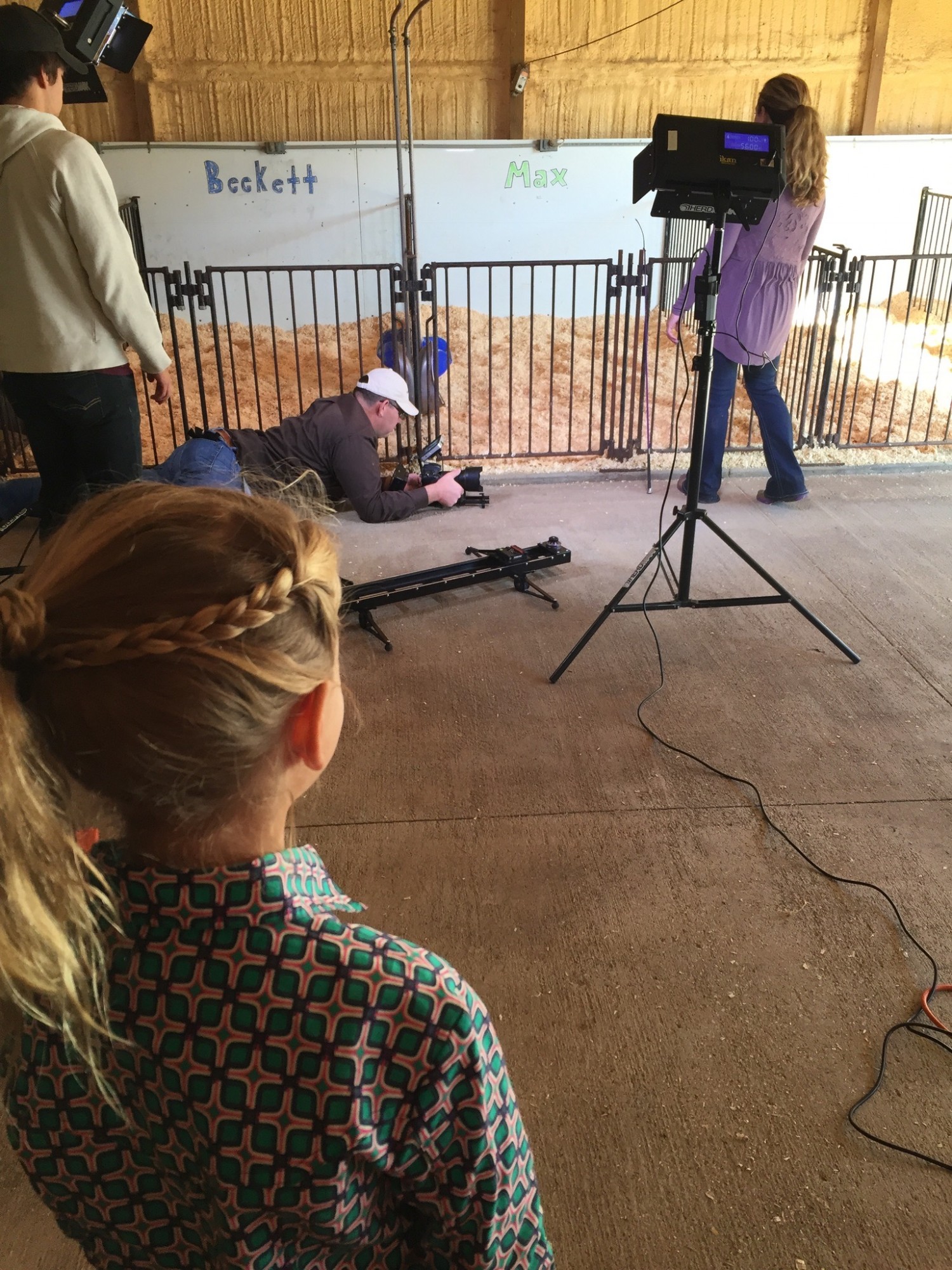 Another challenge came with lighting the facility. As you can see from the photos, the foam insulation looks dull and yellow. We knew we'd have to minimize it's visibility in our shots to keep things looking clean. We also swapped out all the existing light bulbs in the building to color match our lighting kit so we would be able to create a soft, light that felt natural to the space, and would minimize the appearance of yellowing in our shots. So, for most of the shots, we'd have all of the barn door closed and use our tungsten lights and the existing lights in the building. But we also had several shots where you can see out the door as Heather has the flashback where she sees the girls driving their pigs in the yard.  For these shots, we used our daylight balanced LEDs to fill the shaded side of our actors as best we could for the shots where you had to be able to see out the door, then we eliminated the viewers ability to see out the door for the rest of the shots.

In the end, we were very happy with the way our inside and outside shots graded together in post production. (The way the color matched between the indoor and outdoor shots without jarring the viewer with a stark contrast.) Our heavy planning work in pre-production and production made the post production of the piece easier, and the edits came together without a hitch, even for the fade in shots.

Throughout the Heimer Hampshire productions, we wanted to capture still images for print and web that would convey the essence of the film and compliment the video. Since Mike and Heather most enjoy watching the girls drive pigs, and because the shortened daylight hours of winter were quickly approaching, we concentrated on the driving scene for our still images.

We wouldn't have a lot of time to mess around, as we needed to capture a great driving scene for the video, then capture a complimentary still, all before the pigs gave up and wanted to go back to the barn. Thankfully, the girls had worked the pigs to prepare them for the shoot and everyone cooperated nicely. 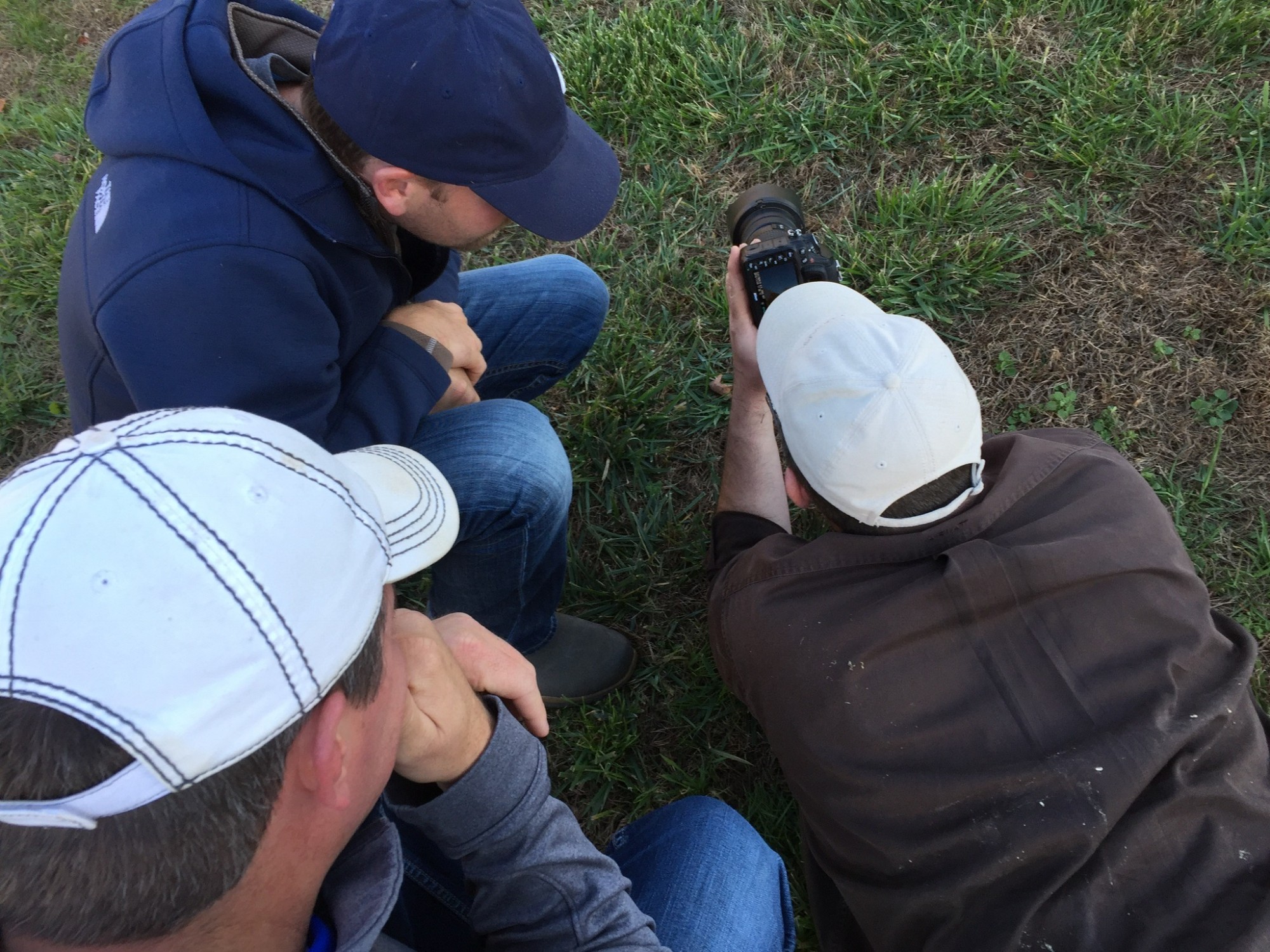 I hope to never forget the time Lucy abruptly left her hamster in Josh's care...

We concluded our shoot day by capturing an interview with both Heather and Alida. The entire Jackson family was a joy with which to work. As long as I live, I hope to never forget the time Lucy abruptly left her hamster in Josh's care, or the time I gave Hallie a top secret green light to spray Lilly in the face for real, or the incredibly impressive answers Alida gave to our interview questions. Mike and Heather, you have quite a crew and it was our pleasure to share just a few now moments with them to produce this piece.

Behind the cameras as Marlene interviews Heather Jackson.

Tags: heimer hampshires
« Back to Field Notes
Our latest and favorite storytelling
Our favorite photos and videos
Behind-the-scenes stories
Tweet with us
Our portfolio of work