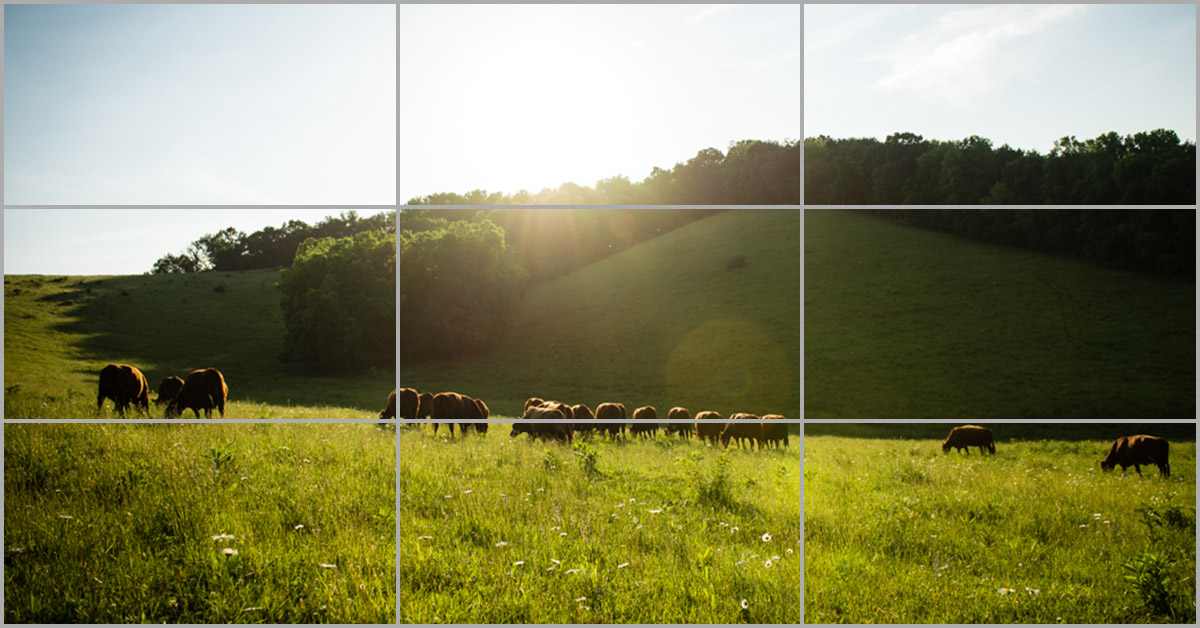 Making better image compositions with the rule of thirds

When shooting video or photography, composition is key. Being able to arrange the element of a shot into an aesthetically pleasing sequence can make all the difference in determining what is interesting and what is boring.  Alternate styles of composing can stir up different emotions, but by far the easiest way to make a viewer comfortable is by using the rule of thirds.

It’s a relatively simple rule. When composing an image, split the frame into a 3x3 grid and place the subject on one of the four intersections.  On their own, eyes will naturally gravitate to the grid’s intersections and years of consuming media has only reinforced this concept.

Even though the rule of thirds might seem restrictive, determining what intersection a subject is placed on can have great significance on the feel of the shot.  For example, placing a subject on one of the lower intersections and having them look up can create a powerless feeling.  By putting the subject on the top left part of the frame and having them look off screen right, the viewer will lock onto the subject and read the frame like a page out of a book.  This technique causes the viewer to quickly comprehend what they are seeing and will create a stronger connection to the frame.

The rule of thirds is present in all media.  The best way to understand it even further is to take a critical eye to everything.  Look at Instagram pictures with 15 likes compared to 500, then try to spot differences in composition. Take note of the differences, then think about the emotions the pictures evoke. Whether there is apathy, joy, or anxiety, locate where the subject is on the grid, and which way they’re looking, then determine if the rule of thirds is being followed.

These two pictures are of the exact same soybean plant taken seconds apart, but one is much more interesting than the other.  It is through intentional framing and following the rule of thirds that the picture on the left has a much more intriguing feel to it. It draws the viewer in, because at the end of the day, people want to see intentional photography. Our eyes are like cameras working 12-18 hours a day. Most of the thousands of images we see each day are boring.  Just taking out a camera and clicking a photo is like taking a snapshot of what your eyes are already used to seeing. By following the rule of thirds, a photographer can take their first step toward being intentional and creating images that stand out among the 1000’s of images people see everyday, on screen or with their own eyes. Following the rule of thirds is one of the most natural methods of framing a subject and it will help you transform any image into an immersive and visually appealing experience.