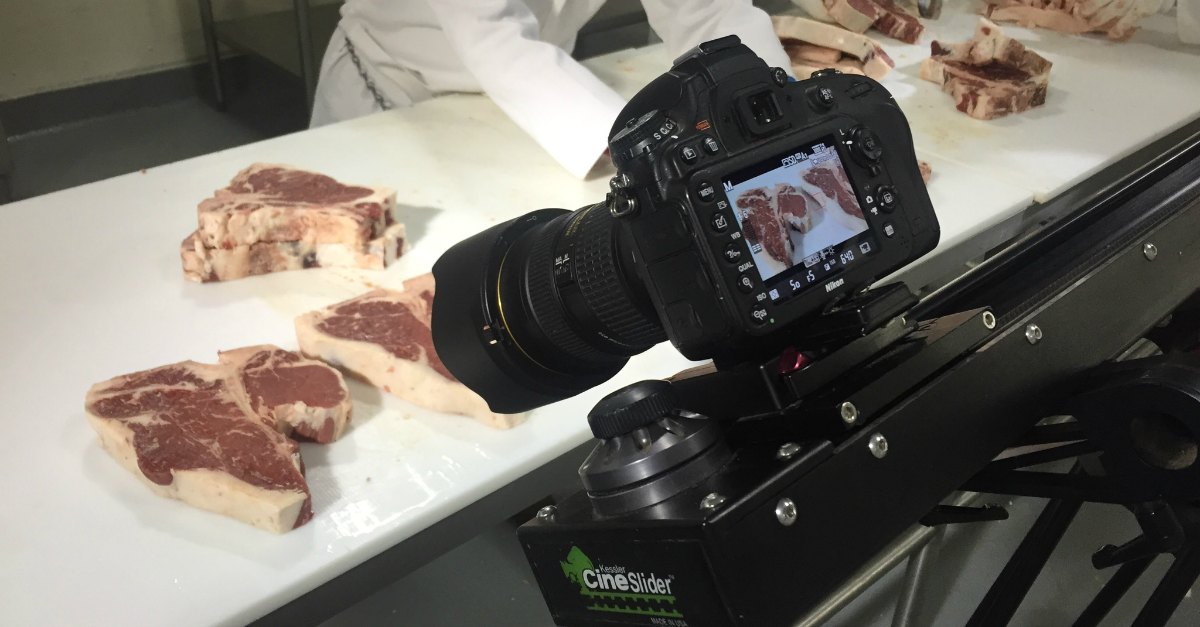 With the Capture Agriculture Photo and Video Contest open, you might be thinking about making a video for the first time. While it may seem like a large amount of work, there is a process that is standard throughout the industry that can help you break your production into manageable chunks and also allow you create the best video possible.  The production process is split into pre-production, production, and post-production with each one having an equal level of importance.

Pre-Production
You’ll find very quickly that these titles are fairly self-explanatory.  Pre-Production is the work that you do before the actual shooting of the video. Most of the time it encapsulates the bulk of the production process and it is the basis on which the rest of the project is built.

Develop an Idea
Take your original inspiration and think about it, and don’t just ponder on it, really flesh it out. Give your characters backgrounds and motivations. Give your world it’s own rhymes and reasons. Try to understand what you are trying to create.

Make an Outline
Once you’ve developed your idea, it’s time to make an outline for your story. Make a list of all the hits of your story and put them in order. This doesn’t have to be the most detailed part of your work and it’s great for getting your thoughts organized.

Write a Script
Now that your outline is done you can get to the details with a script. You can use any software to write, but if you want to format it like an actual Hollywood film script I would highly recommend the free script editing programs Adobe Story or Celtix.

Make a Shot List
The shot list is exactly what it sounds like, a list of the shots you need to get on your shoot. For me, this is key. It is one of the most important documents I use on shoot day and keeps me from forgetting to film an important piece of the video. It also helps when estimating how long a shoot will be.

Draw up a Storyboard

The storyboard essentially is your shot list drawn out. If you are a natural artist, this might be your favorite part, but if you’re anything like me, Storyboards are agonizing.  My advice to anyone who struggles with drawing would be to not get hung up on the storyboard. Do your best to make the storyboard and use your mind's eye and shot list to fill in the blanks.

Organize Your Shoot
You might have been able to complete all the other steps above perfectly but it won’t matter if you fail to organize your shoot. Like scheduling anything, there are a lot of moving pieces.

Scout and Secure Your Location
Go to the place you want to shoot! There is no worse feeling than showing up for a location and running into a multitude of problems because your shots aren’t fitting in the location. In fact, I would suggest scouting your location as soon as possible.

Secure Your Equipment
Whether you are renting equipment or using your own, having to cancel a shoot because of equipment failure is no bueno.

Line up your schedule
Take the time and make sure everyone is on the same page for your whole shoot, not just arrival and departure. Time how long each shot is going to take, schedule breaks and don’t forget the time it takes to set up and move equipment.

Make Your Video
In theory, this should be the easiest part of the whole process.  With all the work you have put into the pre-production process, everything should fall into place, but of course, there is always potential for the shoot not going as planned. Have an open mind and be ready to change things when needed. Some of the greatest moments in all film have come from necessary improvisation and the director or producer keeping their cool.

Now that you have shot your video, it’s time to put it all together. Once again, you may have shot some of the best footage in the world, but it won’t matter if you can’t put it together into a coherent package.

Organize Your Footage
This is a step that I skipped for the longest time because it seemed like a waste, but when I started, it changed the whole way I did post-production.  By going through and organizing your footage, you get a chance to decompress and take a good look at everything you shot. Not only will it make editing faster, but you will also be much more familiar with your work.

Edit
Editing is obviously a huge part of the process and really deserves it’s own guide In short always remember the story structure that you developed way back in pre-production and never settle on editing “typos.” Make sure you re-watch your video in the same way you would re-read a college paper. It might seem like a lot in the beginning but after enough practice, editing can become as natural as writing. If you don’t already have an editing program, I can’t recommend Adobe Premiere enough.  It is powerful, intuitive and can work with almost all video formats.

Export
Exporting is a relatively minuscule step in this process but still very important.  You want to make sure that you are exporting to a video codec that is supported by your chosen medium. In most cases on the internet, the H.264 codec is all you need. A lot of editing programs even have presets that make the exporting process extremely easy.

Following this process has been proven time and time again as one of the most effective ways to make a video, but don’t look at it as a rigid set of guidelines.  Let it bend a little and be flexible until you find the perfect process that works for you because, at the end of the day, the most important thing is to just go shoot.

So get out there and go make a stellar video.

Tags: video process
« Back to Blog
Our latest and favorite storytelling
Our favorite photos and videos
Behind-the-scenes stories
Tweet with us
Our portfolio of work